Work in progress unveiled on the hull model for the new 35-metre yacht, arriving soon at the Mondolfo Shipyard. 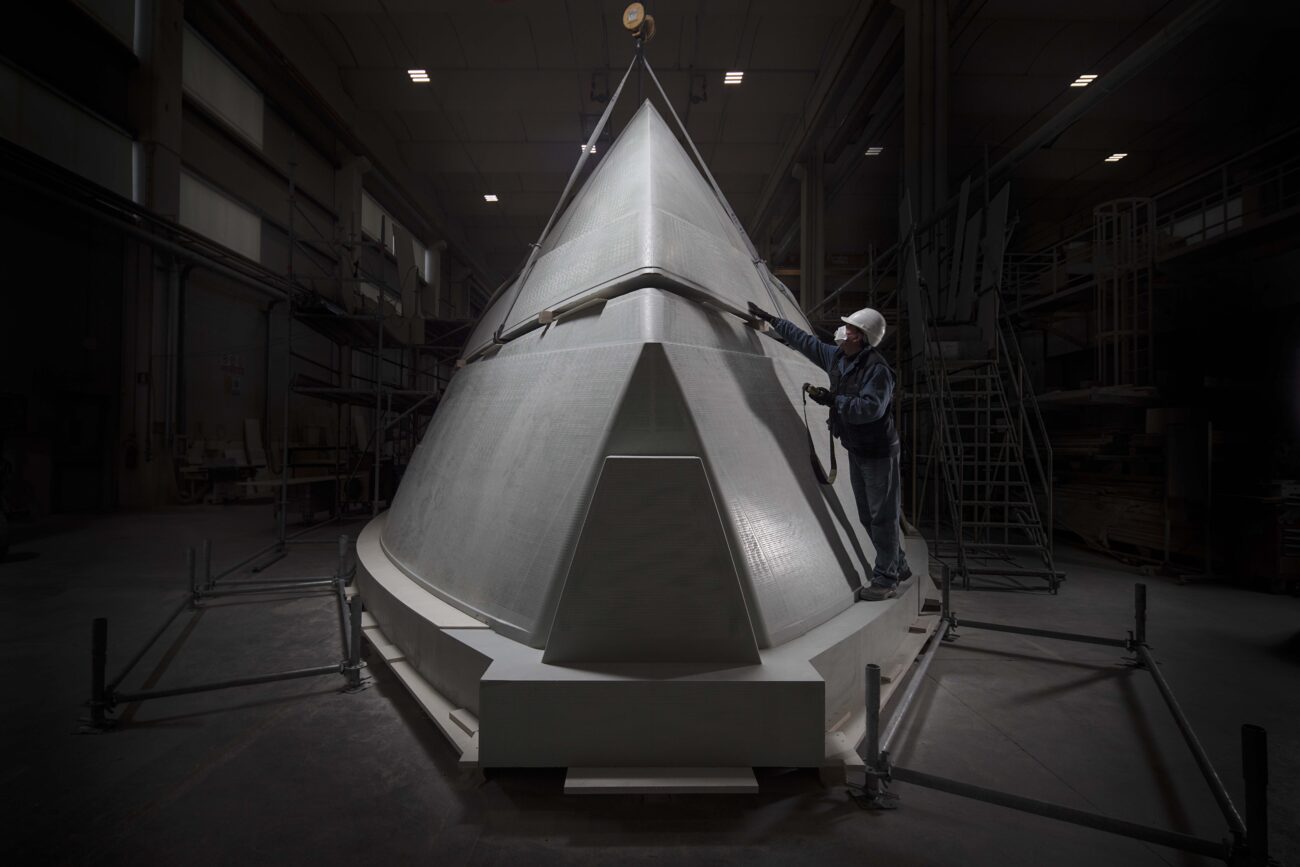 Mondolfo, 03/03/2021 – Revolutions aren’t announcements, but action. Continuing its history of groundbreaking innovations that have amazed and inspired the world of yachting as a whole, Pershing steps up the pace at the cutting edge of design and technology to reassert its nature as a true forerunner. Just a year after the TØ Project was launched, what was announced as a new range of 25 to 40-metre boats destined to change the concept of sport yacht forever is close to becoming reality.

According to the Shipyard’s plans, the hull of the first 35-metre unit will arrive in Mondolfo in Summer 2021. With its official debut scheduled for 2022, this new line of products designed to combine the unbounded pleasure of the sea with Pershing’s unmistakable DNA will join the celebrated Generation X.

Exclusive images reveal work in progress on the model of the hull built at Ferretti Group’s Plug & Mould Plant: Pershing’s mix of innovation, cutting-edge technology and expert craftsmanship prepares to take the design and engineering challenges inherent in the TØ project to the next evolutionary level.
The shipyard’s technicians use a variety of construction techniques in the process, including both traditional construction techniques and milled blocks. The last stage will include the bodywork and flanging phase to produce the final mould, which will be transferred to the end production site in a spectacular handling operation involving eight separate loads.

The new range is the result of collaboration between Ferretti Group’s Product Strategy Committee led by Mr. Piero Ferrari, the Group’s Engineering Department, and Fulvio De Simoni, the designer of Pershing yachts since the first unit, who has embarked on this new adventure with great enthusiasm.

Should you require any more information on the TØ Project or any other Pershing model, please contact our team: